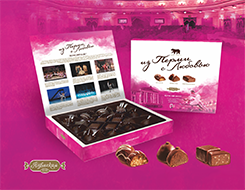 Why is your support important?

The Perm Tchaikovsky Opera and Ballet Theatre has always been seen by the people of Perm as their favourite creation and as one of the most important symbols of the city. Built at the end of the 19th Century on the initiative and at the expense of the citizens, the theatre quickly became a repertory theatre. In many ways, this was the result of the work of the City Theatre Directorate, whose membership included the most influential people in Perm. They not only determined the artistic strategy of the institution’s development but also took care of all the costs relating to the upkeep of the theatre.

In the difficult post-war years, taking care of expansion of the repertoire and the creation of favourable conditions for the artists of the theatre, representatives of the Perm authorities secured the transition of the Perm Opera from being under federal to regional control. Such a bold decision allowed, in 1959, for the radical reconstruction of the building, which remains home to the theatre to this day.

Today the Perm Opera and Ballet Theatre is a leading player on the global cultural stage. Thanks to joint projects of the Perm Opera with leading European opera houses and festivals, and the foundations of classical choreographers of the 20th Century, as well as the world premier compositions written exclusively for the Theatre, Perm has become a constant feature in European media and is very much ‘on the map’.

It is very important to us to get a sense of what every audience member thinks. It helps us above all to understand whether the direction in which we are heading and what we are creating is required by society. And your support – both moral and material — is crucial for us as never before. It allows us to push forward towards new, ambitious and original projects.

In turn, we want to show you inside the theatre. The theatre is a huge ship that sails when all of its sections operate smoothly: the costume and prop studios, various workshops, the dyeing, laundry and rehearsal rooms and many other necessary departments — all working towards the common goal of making a visit to the theatre a truly pleasurable experience.

What can your donations contribute towards?

You can support us