Inna Bilash and Nikita Tchetverikov participated in the concert dedicated to Russian and Korean friendship.

September 30 marked the anniversary: 24 years of diplomatic relations between Russia and Korea. In the Concert of Friendship that was held in Seoul on September 19 Perm ballet artists Inna Bilash and Nikita Tchetverikov had an honour of presenting Russian ballet school. An Ambassador of Russian Federation in Republic of Korea Konstantin Vnukov especially mentioned the soloists of our «famous Perm Opera and Ballet Theatre, the prize-winners of international contests Inna Bilash and Nikita Tchetverikov, who came from the motherland of outstanding Petr Iliych Tchaikovsky, overcame thousands of kilometers to participate in the Concert of Friendship». Perm dancers performed pas de deux of Odilia and Siegfried from Act III of Swan Lake by Petr Iliych Tchaikovsky in choreography by Marius Petipa. 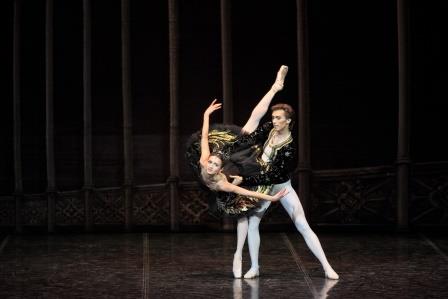 Inna Bilash:
— We were the only artists who performed a ballet piece. After symphonic pieces ballet was some kind of reviving action, so viewers, I think, were amazed. But in Korea people love and appreciate ballet and it’s very prestigious to be in it. 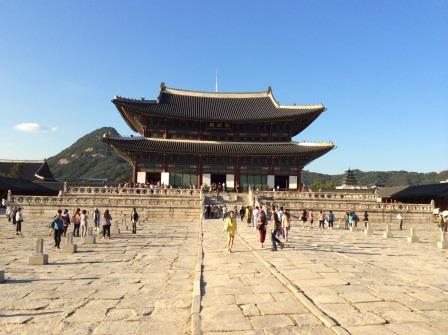 Nikita Tchetverikov:
— Never before we performed in front of the orchestra, that means that the conductor stood back to us and didn’t see us during the performance — though that was the only difficulty. There was a moment when I was dancing a circle and the conductor got afraid a little bit and jumped off, but everything was good in the end.

PARMA VOICES. The concert-presentation of the new choir. Broadcast from Perm Opera and Ballet Theatre

The Night of French Sacred Music. Broadcast from Perm Opera and Ballet Theatre
< Back to list of publications
Theatre ticket —

information
You can support us